I offer this post in the light of a cautionary tale. Much like the mouse that went to town and wished he was back in the country (or vice versa), I have discovered that revisiting innocent days gone by can be somewhat surprising and even down right dangerous to one’s mental well being.

I had just finished a 5-book series filled with vampires, were wolves and wyr-dragons… so feeling in the need for a little holy water, I determined to re-read something of substance. Or at least what I remember to be of substance. I am still undecided and perhaps my musings shall determine if this concept still holds.

I originally planned a complete Brides of Montclair Immersion. Like a sheep dip (or the sensory deprivation tank tank in FRINGE) nothing but total submerge-ment would do.

Jane Peart’s Brides of Montclair (BOM) was 10 years in the writing, a saga of epic proportions, with each book (mostly) about a subsequent generation of the family. It does tend to get a smushed up near the middle, with three of the books being about different women within the one generation and ALL of them involving Malcolm Montrose, brooder extraordinaire. It originally ended at no. 12 in the series (1994), however, 13-15 were published in the late 90’s-early 2000’s.

My introduction to the delights of the southern chronicle was via my mother dearest , who signed up to a Brides of Montclair club when I was about 8. The highlight of the month for 12 months was the shiny new paperback that arrived in the post in its protective turtle shell of card board.

I wasn’t actually allowed to read them at that point, but, I LOVED the covers. The illustrations of beguiling heroines in lacy gowns, surrounded by flowers was just so picturesque. I liked to line them up on the bookshelves and pretend they were actual people who came for tea parties. They, along with my favourite Teddy Bear couple: Edward (of the long fur ears and the beatnik black and red stripped sweater) and Isabelle (who may have started life as a nighttime care-bear, but whose nightcap I cut off, and dressed in an appalling purple knitted dress) were the best attendants…

When I was 13, I think, I first read the series. I adored them from the beginning  and as soon as I finished them, I promptly re-read them all over again. They were inspirational romances, before inspirational was the word used to describe them. Up till that point, it was simply Christian Fiction (deemed safe enough for tween girls to read – nothing like the heathen Harlequins and their decadent debauchery!)

At this point in time, my exposure to non-Enid Blyton/Trixie Belden books had been limited to Jannette Oake and Laura Ingalls Wilder, Georgette Heyer and LM Montgomery.

But Jane Peart? With her impossibly beautiful heroines, her tall, dark handsome (and unbelievably rich) heroes, her huge southern mansions and plantations and her family drama llama??? This was rich ground for furrowing indeed.

This re-read was the first in maybe 10 yrs.

Unfortunately I was unable to complete an TOTAL Series Immersion, what with my throwing the book at the wall within the first chapter, so I thought maybe a toe-dip might be the answer. I would at least Faithfully Finish the first book.

But burying my face into a cushion for the fourth time in a chapter, I downgraded Faithfully Finishing to completing the book without yelling ‘that’s the fifth time you’ve used the word masses to describe someone’s hair – where is your thesaurus?????’ And allowing brief interludes of palate-cleansing novels that had stabbing and yelling and cheerful serial killers; (like a lemon sorbet mid-dinner they were.) 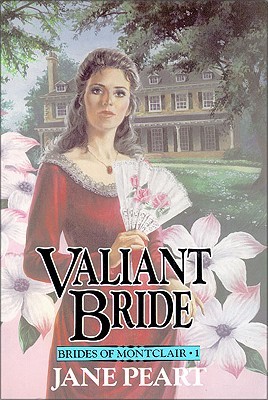 Noramary Marsh was an orphan living with her relatives (The Barnwells); her cousin Winnie was engaged to Duncan Montrose and, behaving as all errant Winnie’s do, eloped with her tutor.
In a potentially awkward position regarding dowries and spent monies, the Barnwells ask Noramary to take her cousin’s place in the arranged marriage, and guilt, love, duty, etc, means Noramary says yes (despite being in love with Robert Stedd her childhood sweetheart) Not a spoiler, all happens in the first chapter.

SPOILERS AHEAD. (Is there a statute of limitations on spoilers??)

The thing is but and this is a big BUT: somewhere along the way (I think it was page 87 actually) I started to care again. My cynical coal-like heart gave a little start and I started to feel a little worried for dear sweet Noramary. (She has the common-sense of a gerbil – who wouldn’t worry for her?).

Why couldn’t Duncan just TALK to her dammit? Why couldn’t Noramary find the words to explain? Why was she sooo dang stupid to have a private conversation with Robert Stedd at the holiday party? WHHHHY did always inconveniently-timed Duncan HAVE to walk in on them at that very moment? ARGH!

I cared about the things they lost, the silhouette that was stolen, and that the gap between them seemed incapable of being bridged for at least 60 pages.

And in the midst of my heart-sad, I was slightly relieved.

I had worried as I’d thrown the novel against the wall for the second time in the first chapter, that I had, by revisiting the past, accidentally broken my childhood. And that was scary. All the books I had discovered, read and loved to teeny weeny pieces when I was young, were suddenly suspect. I viewed them with suspicion. Would I still wish to explore the Secret Garden? Leave Germany and go to Amsterdam with Janna ? Defend Redwall Abbey with Martin the Warrior? Did I still even like Katy?

Had I, by delving back into that foggy, sepia marshland of adolescence ruined my very first book loves?

Well, in the case Valiant Bride, and the Brides Of Montclair, not quite. The ground is a little shaky, but I did notice on this re-read a number of plot devices and familiar tones that I hadn’t ever before:

I did find myself a bit frustrated by the tendency to make a villain out of one particular female – and to assign her villain-ness to her jealousy of Noramary’s looks. In fact, most everything throughout the novel comes back to Noramary and the ‘burden of her beauty’ (yep, that was a direct quote…)

It exasperates me that this seemed to be the pinnacle of her issues – everyone is captivated by her amazing face, (there are descriptors of exquisite, radiant innocence and entrancing). I don’t remember minding when I was 13, but now? It all feels a bit superficial and creates in my mind this artificial rendition of a character, that I am constantly reminded to view from the outside. Noramary starts to resemble a paper doll cut out with different dresses…

I did however, notice the research that showed itself through the writing. There was this one scene, early on, when Noramary first arrived a Montclair:

‘Noramary learned however that being a mistress of such a large manor house was much more complicated that playing the gracious hostess. It was a role she had never imagined would be so demanding…overseeing the house servants, fourteen in all, each with different duties to supervise.
Daily there was cleaning, dusting, waxing, and polishing required to keep the 24 rooms sparkling, There were menus to discuss with the cook, then supplies to be measured and brought from the storehouse; the available fruits and vegetables in season to be picked from the garden and orchards. Since all the fabric for the servants clothing was processed on the plantation, there was the supervision of the wool-carding, spinning, dyeing, and weaving. The linen for the bedding and table use was made from flax grown on the land. Since candle-dipping and soap making were important to the smooth operation of the household, the mistress must keep close check on the progress of these activities so that supplies never ran short…’ (pg. 94)

I have to confess it was really about this point that I started paying attention and stopped rolling my eyes. A definite sign of what good research can do for a maybe-mediocre book.

I am not ashamed to admit that when I finished, I breathed a sigh of relief; thankful to the book gods, that I hadn’t irreparably destroyed by re-reading, something I used to value so much.

I am still going to make my way through the BOM saga, (mainly because I remember a couple of the books near the end having heroines who weren’t simply lovely mannequins), and I am eager to find out whether what I recall is actually true or whether my teenaged emotions have supplanted it with a completely different story.

I was reading this post on Book Riot by Natalia Sylvester, who asked how much of a book do we have to remember, to love it the way it deserves? In her words, she ‘loved them, ravished them and moved onto the next…like that jerk who sleeps with someone and calls them by another name…’ But she also notes that she still thinks about many of those same books, knowing that if she had never read certain story, she would ‘be a different person making different choices.’ That you might forget a book, but you will never forget how it made you feel.

And she is right. My childhood book-loves are an inextricable part of who I am and how I became who I am. I spent at least 90% of my childhood within the pages of books. If asked about the people that most influenced me I would name characters:

Darrell and the girls at Mallory Towers

They were far more influential on me than I ever realised, but do I remember them accurately? Or simply how they made me feel? Really only re-reading will tell me, but like Sarah Seltzer noted: the problem with re-reading is that ‘It reminds us both of where we’ve been and where we can’t go again.’
Hephzibah Anderson says that we find our former selves in the pages of old books, they ‘carry us back to a time and place, and remind us of the kind of person that we were then…’

I am always one to poke a hornet’s nest, and I just can’t leave it alone; so I am going to continue to re-read. I will most likely endanger my childhood, and I probably will feel very much differently about those books that I once loved till the spines fell apart.

But Anderson calls a book ‘a joint project between writer and reader, and for its alchemy to work, we must pour so much of ourselves into reading that our own life story can become braided with the story that’s bound between the book’s covers.’

And isn’t that reason alone enough to conquer the trepidation of a re-read??

I solemnly swear to spend a week reading only books I loved when I was young. Right after I finish Shutter, and The Paper Magician and The Sherlockian, Horrorstor and that Barbara Michaels I just found which I HAVEN’T yet read…