So was reading a book… perambulating through it really – when I was slowly overwhelmed by this feeling. Not all at once mind you – more like an encroaching tide of inevitability, coupled with a sense of ineluctable destiny. Like all roads would lead to this point, regardless of the path I took.

No Robert Frost for me thank you.

I was like: no, wait…there is something about this that is so familiar…
It was elusive (not unlike the scarlet pimpernel).

It was Georgette Heyer. Again.

That is not a bad thing – it wasn’t even a bad book – but it did make me wonder: do all roads lead to Georgette Heyer?

Katie Fforde. (Who I think pronounces it FORD; but which I like to pronounce FI-YORDE because – well, it has a double ‘f’ which I just ffeel should also be in the verbal not just the written.)

Her books are like a cross between chick-lit & women’s fiction with a romance category thrown in for good measure.
I discovered her accidentally, (as I seem to most things I then post about…) and have been unable to extract myself from her water-coloured, flowery-scripted, Estee Lauder-dowsed grasp ever since. There is something hypnotically addictive about these books that tell the same story over and over and over again with slight variations to the theme.

Let’s face it, there are a few patently obvious plot tropes in romance books that cause what I am coining (just now) as insta-ro-gasms. This is a instant romance-plot-induced orgasm that acts like click-bait and requires immediate purchasing by any female between the ages of 16 & 70

They will involve the following jobs:
– Wedding Planner
– Interior Decorater
– Art Gallery Owner
– Cake Shop Owner (bonus points if its Cupcakes; triple word score if it is Wedding Cakes)
– Wedding Dress Shop
– Publishing Company
– Owner of Falling Down Hotel
– Inheritor of House
– Owner of Bed & Breakfast (have another turn if it is also Falling Down)

And now I am enmeshed, entangled and ensnared.

And also intrigued when I realised that Flora’s Lot was, if not quite a dead-ringer for a HEYER novel, at the very least a very good look alike.

Like that person that you see that looks just identical to someone else that you know; until you put them next to each other and realise actually they are nothing alike and you’re an idiot who should wear glasses.

Well – this post is my glasses, and I am putting these books side by side to see if I am indeed blind, or if Flora’s Lot is secretly a Heyer doppelgänger.

So where to begin. 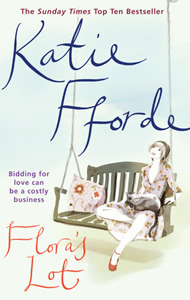 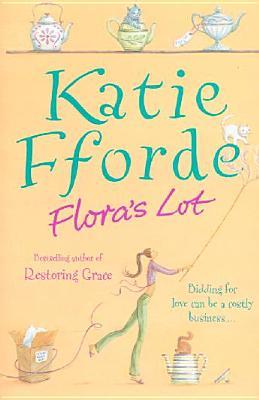 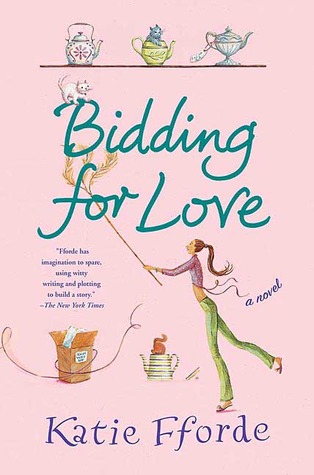 Apparently there seemed to be a little confusion re the title and the illustration; although personally, one quirky contemporary female oriented watercolour is just like another…

At first glance, there is very little to recommend this as a carbon-copy book.

Flora Stanza has been left shares in a family business. This business is an auction house. She is pretty (Flora, not the auction house), and I think blonde, enthusiastic and quite by chance the majority owner. Her curt cousin Charles and his fiancée Annabelle are determined to send Flora packing, and their offer to buy her out is tempting… But Flora ends up living in a picturesque cottage, fighting off admirers and turning about the family business’s fortunes by sheer ingenuity.

I know, I can hear y’all now going: are you serious? Which bit of that even resembles  a Heyer novel? Well, on the surface? Nothing. But bear with me. 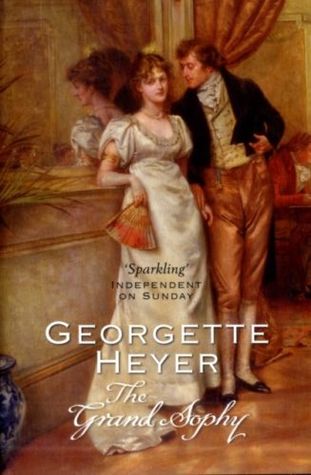 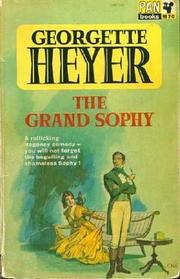 ‘Sophy comes to visit her aunt and family the Ombersleys, in Berkeley Square. Upon her arrival, Sophy is bemused to see to see her cousins are in a sad tangle. The heartless and tyrannical Charles is betrothed to a pedantic bluestocking almost as tiresome as himself; Cecilia is besotted with a beautiful but quite feather-brained poet; and Hubert has fallen foul of a money-lender.

It looks like the Grand Sophy has arrived just in time to sort them out, but she hasn’t reckoned with Charles, the Ombersleys’ heir, who has only one thought – to marry her off and rid the family of her meddlesome ways.’

But wait – I made a table! With muy importante facts on said table! Look! (also: SPOILERS) There are similar plot movements and character developments as well. Also see table, I call this one:

(there are a few more than in the table – but, I got hungry…and tired – no judgies!)

Is it a dead ringer?
Well, it is written in a different style, time and place and plot tangents move differently for the most part.
The thing is though, if the same plan is used for two houses, though it may be built of different materials, colours and styles; underneath – it is still the same house. There is a resemblance, a similarity that is hard to ignore. And once you start to notice thematic elements that parallel, it’s hard to stop.

Is it an unconscious homage? Or do all roads lead to Georgette Heyer?

I think about 98%* of all romance writers cite Ms Heyer as having a profound influence on their childhood, writing or lives…it’s the thing-du-jour. I did also note that Ms Fforde lists Friday’s Child, in an interview  as one of her favourite books of all time… So if you love particular books/authors so much, can plots, characters and protagonists then manifest unconsciously  in your own books, like a form of literary Tourettes?

In addition to that, Ms Heyer pretty much set a standard for specific types of heroes & heroines. Aiken Hodge, in her Private World of Georgette Heyer, calls them Mark I & Mark II protagonists, where Mark I are ‘the brusque, savage sort with a foul temper.’ And Mark II, ‘suave, well-dressed and a famous whip.’ Whilst the Mark I heroines are tall, young, with a great deal of character, somewhat mannish habits, and a tendency to dominate the plot; whilst the Mark II; a quiet girl, bullied by her family, partly because she cannot bear scenes.

Hodge posits that Charles, in The Grand Sophy, is a Mark II who thinks he is a Mark II, and it takes Sophy’s outrageous behaviour to bring out the Mark I in him and achieve the happy ending… Although with Flora’s Lot, perhaps it is more of an amalgamation of the two marks to make Charles, Flora’s Ideal.

Is that because it is slightly more difficult to pigeonhole contemporary heroes?

There are so many aspects of modern life that make brusque, demanding, difficult and villainous men seem like ass holes you’d rather stab with a thousand pins, than elope with. Unless you decide to put them in a motorcycle gang and fill the pages with leather-wearing, fringe-endorsing, silver-rocket-between-the-legs(I mean the bike, guys – geez come on! 🙂 ) -riding douche’s, there isn’t a huge place for them.

(My googling of this particular sub-genre almost made my laptop explode – I had NO idea it was such a THING!) Vivanco & Frantz suggest that Heyer has been so influential in shaping the heroes in modern romances, that romance authors either fit with or struggle against the moulds that Heyer perfected. That certain romance archetypes are what they are thanks to Ms Heyer’s establishment and vivid portrayal of them.  Thus they have been copied, revised and expanded upon for almost a century.

Perhaps also certain romance plot tropes are also what they are because of Ms Heyer – that whilst they may have been established or made popular by different authors, Heyer’s use of, or even gentle mocking of them made them what they are today as well.

i.e The managing female trope who is too blind to see their own true love  until it’s almost too late: definitely made popular by Jane Austen’s Emma; but (I feel at any rate), completely perfected in The Grand Sophy, The Reluctant Widow, and then subtly subverted in Frederica, Sylvester (or the Wicked Uncle),  A Lady of Quality and The Nonesuch.

So is Flora’s Lot a doppelgänger? I think I would say yes. Was it an accident? Or a purposeful rewrite? I don’t know.

Is it earth shattering? Well not really – but tres intéressant non?

I think the thing that intrigued me was that it wasn’t a period/regency romance – where you expect to find pale imitations of the perfection of Heyer’s world; but in a modern contemporary romance where I tripped over it unexpectedly.

Which begs the question: How many other books have you read that have unconsciously channelled Ms Heyer’s plots and never realised it? Or how many books have been written that are unconscious homages to Heyer?

Do all roads lead to Georgette Heyer? Is she the Kevin Bacon of Romancelandia?

Until next time kittens,

ValancyBlu: currently hacking her way out of the terrifying jungle of chick-lit, back into the safe woodlands of just-plain-romance.

*No I haven’t actually checked – but ask any romance writer – Heyer will most likely figure in the list (although what Ms Heyer would say about that….given the appalling calibre of many books churned out… I don’t know she would be all that flattered….)

3 thoughts on “Carbon Copy Companion Reading II (or is everything a vague reflection of GEORGETTE HEYER??)”