It has been silent on the moats of Blue Castle…the water still and unmarred by the movement of crossings, heroes on horse back, steely eyed warriors or were-dragons…

And that’s not to say they haven’t tried – because they have…but they have all been such an enormous pile of uninteresting, unimaginative and just plain UGLY books; that I haven’t been able to lower the portcullis, and let them past the battlements.

The result being ennui of mammoth proportions and a lingering taste of mawkish sentiment, which was really hard to get rid of.

But, salvation presented itself in the form of Wendy, the Super Librarian’s TBR Challenge for January: Short Shorts…

It made me get off my high book-pouting stool (trust me, its a thing) and delve into the scarily ancient depths of my TBR list.

That’s not to say I found books worthy of being housed in the citadel..but at least it allowed me to finish off in quick succession 4 short-ish stories. 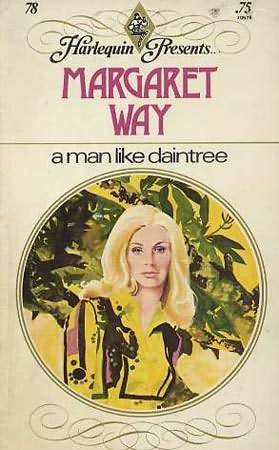 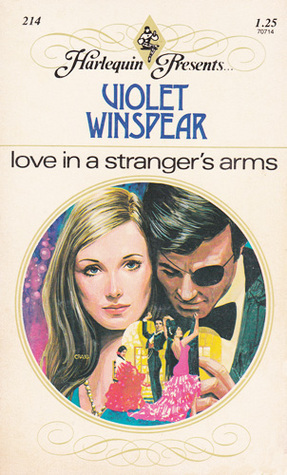 And when I say finish off – I mean, I DNF’d 3 of the above, and sacrificially made my way through the 4th. But the important thing is that they ARE NO LONGER in my TBR…

The AMNESIA trope is not one I have immersed myself in previously, and (if I am basing my future reading attempts on the above books), probably a path I would be hesitant to venture down again.)

My prior experience with Amnesia:

Of course these are all vintage harlequin, perhaps more modern amnesia romances may differ?

A Man like Daintree and Love in a Stranger’s Arms, were both variations on the above dot points…I made it about halfway through each of them, before I folded and threw in the towel.

Daintree was PARTICULARLY painful and purple prose abounded, like a frolicking bunny tail, waltzing it’s way through bluebell covered fields overlooking verdant vistas and a sparkling brook teaming with leaping silver-bellied fishes… (see what I did there? Not even half as bad as Daintree). I kid you not.

This is the opening paragraph:

SHE was alone. All alone in a… rain jungle, yet its beauty seemed to compensate for all else. Forest giants ringed her round, hurtling straight up towards the cobalt chinks of light in a fierce competitive battle for sun and supremacy, wreathed in parasitic vines, the strangling rope-like lianas that twisted and intertwined and made bridgeways for a teeming nocturnal population.

THis is the 3rd paragraph:

She swallowed weakly and gagged a little, reassured by that densely blue patch of sky framed by the leaves. A strange, iridescent insect with huge gauzy wings flitted along her arm. She tried to brush it away but couldn’t. Something was wrong with her arm, but she was in no pain, anaesthetized by shock. Her mind was completely placid, not a ripple to corrugate its unquestioning surface. She tried to turn her head, suffering an unexpected dizzying sense of vertigo, seeking to pierce the high forest galleries its shadowy depths, but it all seemed to close in on her in a swirling, tangled mass of virulent green.

This is when mosquitoes bit the heroine:

A ceaseless hum dinned into her eardrums – mosquitoes. Millions of them, bombarding her tender skin with ravenous appetite. She was a flaming mass of pain, red-hot needles jabbing into the satiny exposed flesh.

This is where Valancy gave up:

“Quite a night, isn’t it?” he murmured with laconic understatement. “No wonder at all the tribes worship the Sky People! Look at the moon – limpid as a pool of gold. Outsize stars, low enough to touch them. There’s one shooting. Make a wish, Andrea!”

Tell me, how does one use an exclamation mark laconically?

The remaining two stories had a slight twist in that it was the men who had caught The Amnesia. This meant they could be assholes and noone would call them on it, and it also placed the heroine in a caretaker role.

Mather’s Images of Love, unfortunately had such HORRIBLE characters, none of whom seemed to notice just how unbearably awful they actually were. I left them in the Carribean, hoping they would all go out on one of those little boats, capsize and get eaten by piranhas… (They inhabit the Carribean right?)

This one was like 8 shades of INSANE – but slightly amusing, so I kept going with it.

The entire storyline takes place over 2days – with a weeks break and an extra day thrown in at the end. (Just in case y’all were thinking it all happened too fast…)

So Erin is a knitwear designer. Lives in a cottage far from all reasonable help and returns from the shop to find a man sleeping in her head.

Instead of calling the police like any sane person should, Erin decides to feed him, keep him and suffer through his violent mood-swings, punishing embraces and fevered rejections.

Of course they get snowed in and have uncontrollable chemistry. It must have been pretty powerful stuff, because one almost-seduction involved a knitted sweater emblazoned with red cabbage roses…which I imagined looked something like this:

My Point: These things were not amazingly attractive; proof I suppose of their undeniable twu-wuv..?

Erin of course beats her tiny fists against his manly chest numerous times and then gives her virginity up to him.

And in good Harelquin fashion, it all works out in the last 6 pages, with everyone living happily ever after and me wondering if that was the LONGEST 186 pages I have EVER read.

Would I read them again?

No. Not even if I was stuck in here-to-fore undiscovered 11th ring of Dante’s Inferno – you know, the one that looks like doctor’s surgery or the DMV, but noone EVER calls your name – and they were the only books left in the world to read.

…not that I have particularly strong feelings about it either way…

But I DO feel self-righteous, vindicated and oh-so-still-keeping-my-new-years-resolutions-ish – and that is what matters.

Valancy – still on the search for a real life example of someone who can be both laconic and exclamative – at the same time. They MUST exist somewhere….