It’s been a little while since I posted…IRL has been NUTS – and I’ve missed posting and commenting and friendly-stalking pretty blogs (or is that something only I do…?)

BUT I have hauled myself back up to BlueCastle for some much needed downtime and refused to come back down for anything.*

*except maybe large buckets of peanut M&Ms – what can I say? I am weak of willpower…

Nothing really took; but, just when I thought perhaps I would need to resort to drastic recharging measures (like watching movies – gasp!), Someone, posted a review of a Dixie Browning novel.

It sounded interesting and light, and so I went a-looking. My TBR had two… which although useful, wasn’t really enough to gain a solid overall picture of Dixie Browning. (I like at least five…) Being flat broke this week, I resorted to places of procurement who give with a generous heart. Alas my local library, she was absent of Browning. Salvation, however took the form of openlibrary.org. Even niftier was the lack of walking I had to endure; (from my lounge room to the laptop).

What I found was a GOLDMINE (although not the reviewed book) but 40 other ebooks by Browning.

So I borrowed five, just to see how I felt about them.

And then I borrowed another five.

And then I borrowed another four and put my name on the list for another seven.

And now I have a Browning hangover.

But oh, it was worth it.

I hadn’t read Dixie Browning before, and considering the 84 (!) titles to her credit, it makes me a little concerned for the mossy rock I have clearly been living under. Her most recents were published mid-2000s with her earliest scraping in around 1980. There is a high probability, my lack of interest was completely due to the HORRENDOUSLY terrible covers that seems to inflict most of her novels.

Now I am pretty cover tolerant, especially of vintage romance novels – but people – these reach a whole new level of nope. And those TITLES: Gus and the Nice Lady? The Love Thing? (I mean really, what exactly are they referring to here???) The moustache on the first one kills me…and the eye patch!! The cable knit sweater; the denim; the BEARDS!

Thankfully, I started reading one before noticing the cover (an added bonus of e-books perhaps?) and became completely engrossed with the utterly lovely, superficial and deliciously romantic world Browning creates. It was like being sucked in a candy-floss vacuum that had made a book-baby with a Meg Ryan movie. Completely unrealistic, completely improbable, but oh-so delightful.

I’ve read so many, but these are a few that were above the grade: 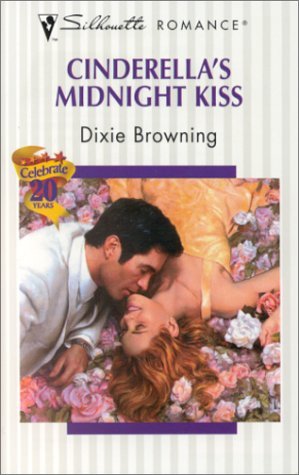 This one was almost my favourite.

Cindy Danbury is the Cinderella in the story, (although her name is short for Cynthia), the ill-used relative of a horrid Aunt and two equally difficult daughters, she drudges her way through life. Her clothes are second-hand, patched and ill-fitting and she spends her time running errands for her family.

Cindy’s secret ambition is to become a hat designer and she is desperately trying to squirrel away funds so she can move town. Hitch used to live next door, and only vaguely remembers her as an awkward and unattractive teen. Hitch comes back for one of the ugly sisters wedding, the best man for his best friend. He runs into Cindy and thus the Cinderella tale begins.

There is so much that could be terrible about this story – but it just isn’t. It’s adorable. Cindy spends the entire story in horrifying clothes, looking like something the cat dragged in, but Hitch starts to look past that, to see the real Cindy that manages to shine through. He thinks the idea of her becoming a hat designer is completely insane (particularly as they weren’t even in fashion at the time) but finds himself won over by her optimism.

‘Big, fancy hats. The romantic kind with lots of nice floppy flowers…One day, women would go back to wearing gorgeous, feminine, romantic hats, and when that happened, she would be ready’

“Hats? You want to become a hat designer? That’s the end you were talking about the other night?”

I am a hat designer. A good one, too,” she said proudly.

‘Honey, designing a product is just the first step. Actually going into production is something else. It takes connections and a lot of business savvy, not to mention a bundle of money.’ She licked a streak of mustard off her top lip. Distracted, he lost the thread of conversation.

What was so lovely about this, was the duel POV; Hitch gradually falling in love without realising it; the way he started to see the same things about Cindy, but in a different light.

‘Watching her…carefully replace the disposable flutes in the picnic basket, he knew what it was he really wanted, and it scared the hell out of him. He wanted to keep her.’

If you don’t read any other of Browning’s – please read this one. 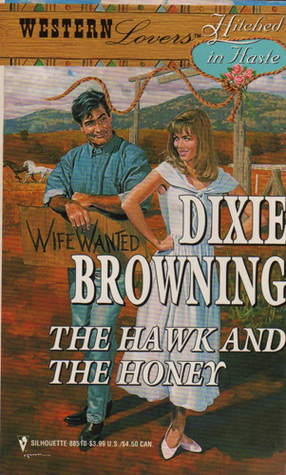 This one was curious. It wasn’t amazingly coherent, but the characters were super interesting, even the secondary ones. Their names though: Cleo, Roane, Wint (!)

Cleo Lawrence goes to visit her Great Uncle Wint, meets Roane and sparks fly. He asked her to marry him (ostensibly to help him manage his estate and cook for him as his current help (Nol), is old, has no teeth and apparently no skill with a skillet. (TBH, though, I’m pretty sure Roane just wanted to marry her full stop.) Cleo of course is outraged and somehow ends up making a deal with him to find him a suitable wife instead. Yada yada, you know how it goes.

If you can follow the strange leaps and abrupt scene-changes, this is pretty funny. Cleo is no shrinking violet and gives as good as she gets, and there are some hilariously clever lines throughout.

Wint greeted her with the news that she was dining out…

‘He’ll be a-pickin’ you up in half an hour. Go gussy up and rake the straw out o’ yer hair. You sure you been tumblin’ around in them hills all by yourself?” The old man leered, and Cleo made a rude remark about billy goats and dirty old men before stalking off to her eight-by-ten-foot bedroom.

In the cramped living room, her eyes met Roane’s across the battered card table. “Now feed her up good, Roane,” Wint ordered. “You know women—the skinnier they be, the meaner they be.”

“I won’t bring her back until I’ve sweetened her up for you, Wint,” Roane agreed solemnly, and Cleo shook her head in exasperation at the pair of them. How far did a woman have to travel to get away from patronizing men?

“I always did like the feel of velvet,” he murmured, ushering her into another of the square, stark rooms that seemed to abound in this square, stark house. “What color would you call that blouse of yours?”

“Green,” she said flatly. One corner of his mobile mouth twitched as he seated her at the scarred oval table.

“I thought I recognized it.”

Although Roane always seems to be smiling indulgently, whilst being laconically lazy and knowing, it is totally worth reading for Wint and Nol – they are excellent characters. Also, Cleo is in management at a large knitting mill, and creates designs herself, so she wins additional points for having an original job with no links to cupcake making, interior decorating or wedding planning. 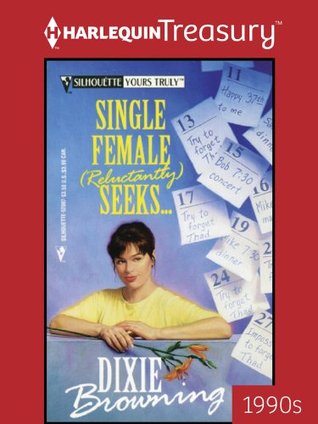 This one was in a neck and neck with Cinderella’s Midnight Kiss, and I am still not sure who won. It’s so sweet.

JeanAnn (Jay) is an artist, her husband died (although he was a bit of a shit before that) and she is struggling to pay off the enormous Queen Anne style house, via short term renting rooms.

Her tenant is Thad. (I am scared to pronounce that one out loud) He is an archeologist, but also a spy. (Totally not a spoiler, btw). He is rude, abrupt, divorced and injured (it was like the story-plot jackpot!). He just wants to rent a room and be left alone….

Jay’s friends place a personal ad in the classifieds as a surprise birthday present. Jay ends up on a number of blind dates, all the while she and Thad are (reluctantly) connecting over phone issues, broken ladders, injuries and scrambled eggs.

You can see it coming a mile away, but they are both lovely, I couldn’t help but be enchanted by them.

Interesting things I did notice (possibly because I read 14 in a row), were the similarities and idiosyncrasies that cropped up in almost every novel.

Also: NOT a single blurb matched the actual plot of the novel, which makes me think:

But, none of that diminishes the books. Possibly they just found me at the right time, but I think there is a place in all romance reader shelves for light and fluffy books that harbour occasionally surprising hints of depth.

It was the first time he had actually dealt one-on-one with any child since Johnny. And while he would never have deliberately sought out a kid for that purpose, he thought he had handled it pretty well. He hadn’t cried. He hadn’t hated them both for not being Johnny. Instead he had let each one of them sit on a machine while he answered their questions, and then driven them home, all without falling apart.

He was mending. He would never get over the loss of his own son, but that didn’t mean he had to go through life avoiding any kid under the age of twelve, the way he had done for the first few years.

I am listing a slight caveat: if you borrow them from OpenLibrary, they have mostly been sourced from Archive.org, which has lamentable OCR/text recognition. At times it felt more like deciphering a code, than reading a book:

‘Well, it’s her own rut. She made it. She obviously hkes it,” said Oara, who proceeded to sum up the case. *’Look, Jay’s going to be thirty-seven years old next TXiesday.’

But they usually even out towards the middle – and they are free. So, Beggars, choosers, and what not…

Incidentally – I think this also covers my TBR March Challenge: Recommended Read, if not in actual fact, then at least in SPIRIT…from a retro review/recommendation by no less personage than the great and munificent TBR monocrat: Wendy The Super Librarian.

24 thoughts on “Dixie Browning, (or how Valancy blatantly, unrepentantly over-used brackets in this post…)”