Everyone reads differently. Right? Some fast; some slow; some not all (and we pity those poor uninformed uni-bots masquerading as people…).

I am a self-titled Scout Reader (can that be a thing??) I scout (hence the name) for authors, randomly reading through my TBR, discarding those I don’t really like, putting aside those I don’t mind; burning those I hate….

What? Twilight and I share the same sparkle library…

Until the day comes when I find an Author. Not just any author. But an AUTHOR. A good one. One of those rare-magical unicorn authors. 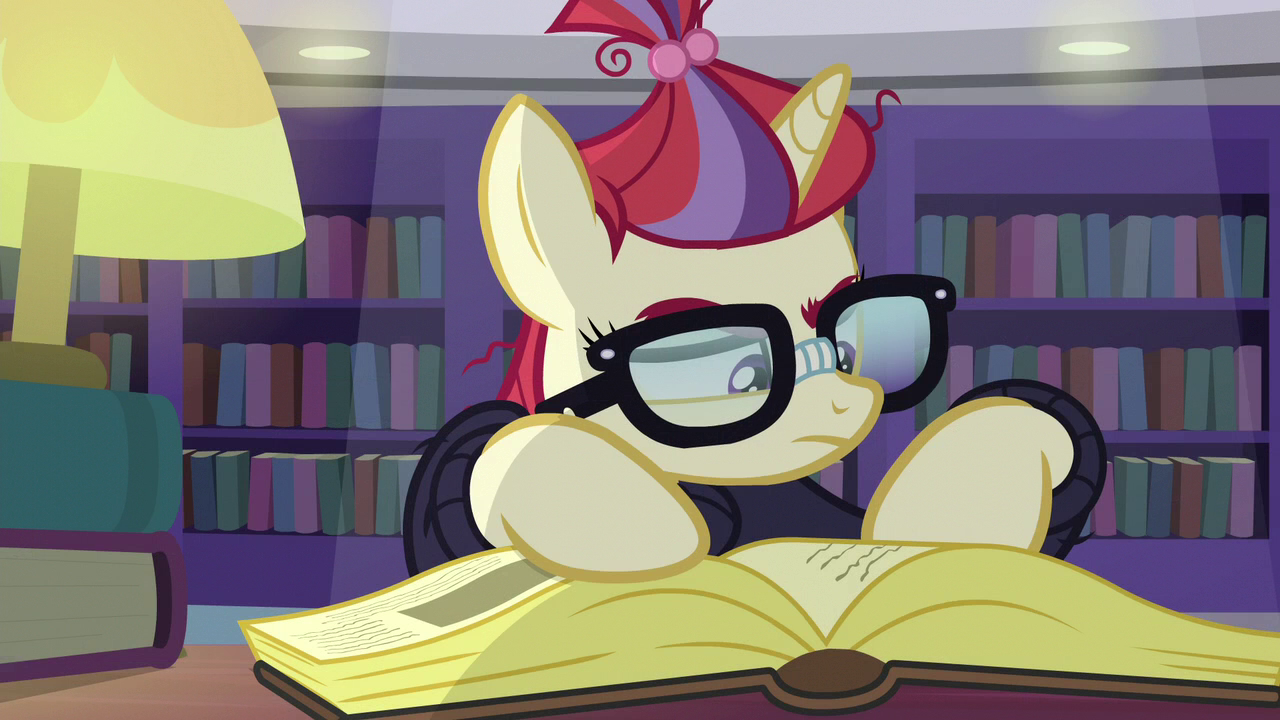 These are a rare, bona fide breed of author. When I find one, they become an auto-buy, I friendly-stalk them on the internet (in a completely non-creepy way of course…) and I read them to DEATH.

Their back catalogue. Their front list. Novellas. Short stories. Collaborations. I will consume pretty much anything they have put their hands to that I can find. I do it continuously, over a short period of time, until there is nothing left. And then I am sad again.

I call this the IMMERSION method. Because if some is good; more is better.

It has its advantages: loads of good books in a short period of time. And its disadvantages: vast stretches of not-very good books that expand before me like a never-ending desert. But the occasions I come across an oasis of book-magic (see what I did there?) are sooooo sublime, it’s a really hard habit to break.

Thus we come to the ARPIL TBR Challenge (brought to you by Wendy, of SuperLibrarian Fame…:) Contemporary.

Did you know, according to the RWA ; Contemporary Romances are Romance novels that are set from 1950 to the present that focus primarily on the romantic relationship?

Well, heck, I thought, that’s like 85% of my TBR. Which still leaves me drowning in an ocean of choice. It is TOO MUCH.

But then I read a review, and had an awfully nice conversation about cats (all the best conversations involve cats). And BOOM. I found Karen Robards in my TBR.

And then I found Karen Robards in my Library.

I also found her on Amazon.

And then I found her again THREE TIMES whilst browsing a 2nd hand bookstore.

That Ms Robards gets around. And I for one, am grateful.

On the Rare-Magical-Unicorn-Author Scale, she is NOT anywhere near the top (that is reserved for the Betty Neels of the world…) Nonetheless she is pretty good. I’d say a solid 5.

Karen Robards seems to do two things well – but they are mutually exclusive. So depending on your bent, you will probably like one more than the other. (She may write other things too, but as the book-gods would have it, of the 6 titles I’ve read, they’ve only fallen into these categories.)

1) She does serious, crime-romance-suspense with NO humour and single-word titles that involve broken women and hunky men.

2) She does humorous, crime-romance-suspense, with a MODERATE amount of humour, and full-sentence titles that involve quirky-Cruisie-like women and hunky men.

This is one of those cases where I wished for a non-de-plume for at least one of these types, because they are harder to keep track of than you would think.

If you can count, you’ll note there are only 5 listed. I HAVE read 6, but for life of me, I cannot remember the 6th one. An unprecedented hazard of e-books and the deletion-after-read method!

In any event, I present the FIVE Robard fix: 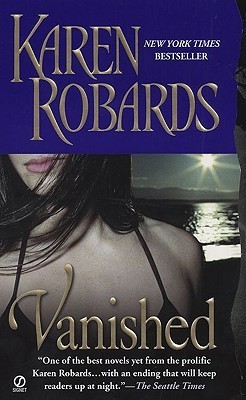 • Vanished: This was the first of the SERIOUS crime mysteries I read. We shall call them gritties.  Sarah Mason has a missing daughter. The trail is cold. She gets a phone call in the middle the night from her daughter and the chase is suddenly back on. Luckily she has her super-hunky PI friend Jake Hogan to lend a hand. Tense scenes interspersed with people getting shot, interspersed with love scenes. I’ve read worse. But I have also read better. 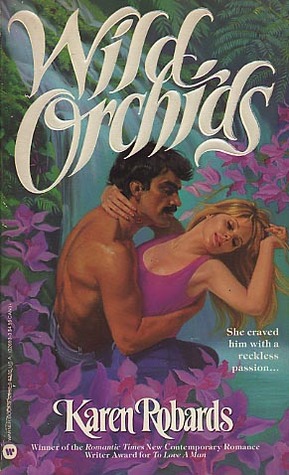 check out that cover (!)

• Wild Orchids: This one was pretty awesome. And definitely in my KR-top 3. Lora is an English teacher on vacation by herself in Cancun. She’s driving down a street in a rented car when it is hi-jacked, with her still in it, by American, Max. He is on the run. He is sinister. He drags Lora along for the adventure. He has a moustache which is practically its own character: it starts off evil looking and feral, moves into Desperado territory, and by the end is rakish and wicked.

Now I am pretty much set in the NOPE territory of moustaches, (although some people have been convincing me otherwise…) But even I was a fan of face-furniture by the end.

‘She eyed him resentfully, her resentment increased by the inescapable fact that the bandido’s mustache became him very well. It made him look rakish and wicked, like a modern-day buccaneer. She wondered if it was soft or prickly to the touch, then caught herself up sharply. Stockholm Syndrome, she reminded herself…After that, she managed a truly ferocious glare.’ 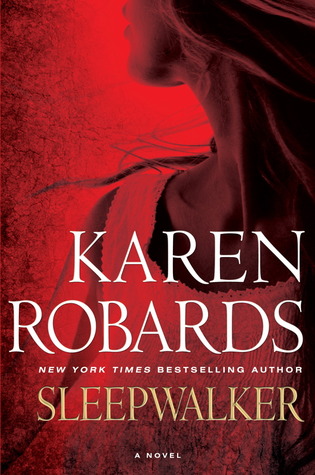 • Sleepwalker: This one was that duel ass-riding bit. It started off seriously gritty, randomly wondered off into Cruisie-territory…and then – well I stopped reading.

Yep. I DNF’d. It was long, convoluted and just plain silly at some points. Mick is a cop. Her uncle is mafia. She stays at his house. She also sleepwalks because her mother was murdered when she was a child. She is housesitting for her uncle. Jason is a thief (sort of) her breaks into the house and runs into Mick. Because of some flimsy excuse Mick also has to run with Jason. And They run. In a snow mobile, a speedboat, a plane. They end up in the Cayman Islands at Jason’s mansion (how VERY convenient) and give into the urge to have mad passionate sex even though they’ve only known each other for 24hours.

I wouldn’t generally care too much about that – but the sex? umm eww. There were so much eye rolling ecstasy, flashing lights and fireworks – at times I thought they were under attack from enemy fire, not having sex.

‘intense waves that were shattering in their intensity….caused the world to explode into a million white-hot stars against the screen of her closed lids…undulating waves of passion that claimed her erased every vestige of coherent thought from her mind.’

Puhhlease. A series of 8 orgasms in one encounter? Really?

They had officially had sex EVERYWHERE including the beach, and by that point Valancy no longer cared. 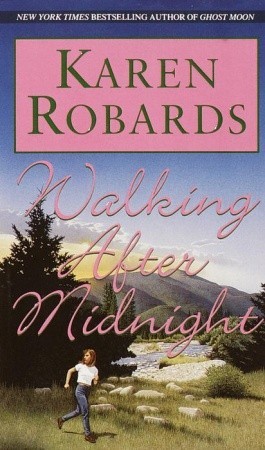 • Walking after Midnight: I thought this one was PRETTY good. Summer McAfee, ex-model, now CEO, and sole employee of Daisy Fresh cleaning service, was cleaning a funeral home and discovered a body of a guy, very much not dead. He takes her hostage (but not really, cos he’s actually one of the good guys) and together they join forces to solve the mystery and escape the bad guys. It’s cute and they are good characters that have excellent chemistry. There is an odd paranormal/supernatural element that is shunted in, and tbh, it probably would’ve been a much stronger story without it. But all in all, it was light, humorous and made me a Robards Fan. 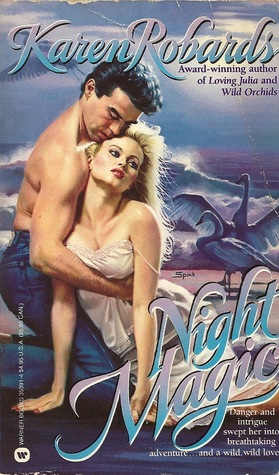 Note the unfortunate hand placement on the heroine…and the slight muffin-top on the hero? Ahh, 80s covers…

• Night Magic: This is the first Robards I read, and it’s still my favourite. It reminded me of Romancing the Stone. Clara is a romance writer. Jack McClain is CIA agent. Russians are after him (and Clara by default). I am actually not sure why I liked this so much. Jack is pretty mean to Clara for a lot of the story. But there is chemistry, and he likes her despite himself? As I am thinking about it now, it is probably the addition of Puff, Clara’s pet cat that gets dragged through the forest for almost the ENTIRE adventure, that made this a solid favourite. This answers many questions I’ve had about the usefulness of cats on adventures (hint: unfortunately, not much)

“Throw it out the door, will you? And grab some of this stuff. Never know what we might be able to use.”

“Throw him out the door?” Her voice was indignant.

He looked at her impatiently. “What else are you going to do with it? We can’t take a cat with us. It’ll be fine, believe me. Rostov’s not after the damned cat.”

“We most certainly can take him with us. And we are going to. I’m not leaving him. So there.”

As always, the reading of multiple books by the same author throws into relief the types/things/idiosyncrasies they tend to use. Robards in no exception:

A downside to her books is that they are FAR are too long. 30% percent too long. As in, I am at 73% on my kindle, and yawn – they’re having sex AGAIN, and have solved all current dilemmas. I am happy to leave the protagonists at this point – BUT NO, Ms Robards must throw more drama-llama at them; have them almost die and THEN after they have had survivor’s sex for what we hope is the last time, they get their HEA.

Robard’s characters are good. They are well drawn and interesting; her heroines in particular. They aren’t paper-cut-out people and they respond realistically when under pressure or in danger. There is also a nice balance of roles too. The he-man doesn’t solve the problems with his he-man strength; The heroines adapt, and use things they see in movies, or read in books to assist or lead the way. I like that. We don’t see enough of that, and that alone moves Ms Robards up my magic-unicorn-author radar, even if it’s just a bit.

‘Light, frothy, romantic, with believable characters’ – a quote from one of Ms Robard’s stories…but I think it applies here too.

Valancy: making a Rare-Magical-Unicorn-Author Scale diorama. What?! Normal people totally do that too…

Header Image: The gentle and pensive maiden has the power to tame the unicorn, fresco, probably by Domenico Zampieri, c. 1602 (Palazzo Farnese, Rome)