I was writing a post on my July TBR – but my manifest guilt over MIDDLEMARCH was holding back my inspiration. Thus, I present, at long last (for the 2.9 % of you that were waiting with bated breath):

When we last left our motley group of marchers: Casaubon had gone toes up, Fred had been denied (for like the eleventy-hundreth time) Mary’s hand and a codicil had appeared in Casaubon’s will that decreed if Dorothea married Ladislaw, she would lose her estate.

So what’s happened since then??

Well. Not a lot that is particularly happy. Possibly because it IS part 6 and we are building to the piece de resistance?

(I would probably have said climax if I was reading ANY book but an Eliot. Using the word climax in relation to one of her books is like finding out your great-aunt Celia has a secret collection of naked Chippendale calendars – it’s not morally wrong – but it does make you feel a little squwicky inside…)

I like the symmetry of Book VI, which has Will bidding adieu to Dorothea in the first chapter (54) and then finally saying goodbye and actually leaving, in the last chapter, (62). It bookends the whole part rather nicely.

The widow of the title is most definitely Dorothea, now finally out of the crushing control of the horridly stiff-as-a-board Casaubon.

It completely throws me that so much seems to have taken place in Middlemarch, particularly to it’s main characters and Dorothea is only just TURNING 21.

I also love how Dodo and Ladislaw are slowly realising they are in love with each other. It is an incremental thing, brought on by the realisation that Will, (for Dorothea) is the only person she has ever been able to talk openly and honestly with – and now, because of the Casuabon’s will, she may lose him altogether. At the same time though, it does feel like they both RELISH just a little too much being the martyr and doing the honourable thing. Fred, in Book VI, is running out of places and people to run to bail him out. He knows Mary won’t take him if he enters into the clergy, but he also doesn’t know what to do.

‘what secular avocation on earth was there for a young man (whose friends could not get him an “appointment”) which was at once gentlemanly, lucrative, and to be followed without special knowledge?’

Enter Caleb Garth, and the opportunity for Fred to apprentice to him, earn a living and learn a new way of working. This is a useful path for Fred. He previously had wandered about aimlessly, knowing what he COULDN’T do, but not really having anywhere else to go.

The new job role gives him a sense of independence and confidence (and an outside chance of winning Mary.

‘They went to work, and Fred helped vigorously. His spirits had risen, and he heartily enjoyed a good slip in the moist earth under the hedgerow, which soiled his perfect summer trousers. Was it his successful onset which had elated him, or the satisfaction of helping Mary’s father? Something more.’

Fred’s story-line is one of the more optimistic arcs, and a welcome relief from the durgy-ness seeping through the pages at this point. And Eliot, (via Garth) has some salient points regarding life’s work:

‘You must be sure of two things: you must love your work, and not be always looking over the edge of it, wanting your play to begin. And the other is, you must not be ashamed of your work, and think it would be more honorable to you to be doing something else. You must have a pride in your own work and in learning to do it well.’

Something which rings true and clear.

Lydgate and Rosamond’s arc is much sadder. Rosamond (the wife) lost the baby (which I very nearly wasn’t even aware she was having!), and she now seems to be back to validating her existence via flirtations with various mens (including Captain Lydgate, Tertius’ cousin) to make Lydgate jealous.

Lydgate on the other hand, isn’t jealous at all:

‘My dear Rosy, you don’t expect me to talk much to such a conceited ass as that, I hope,” said Lydgate, brusquely. “If he got his head broken, I might look at it with interest, not before.’

‘The fact is, you would wish me to be a little more like him, Rosy,’ said Lydgate, in a sort of resigned murmur, with a smile which was not exactly tender, and certainly not merry….

Those words of Lydgate’s were like a sad milestone marking how far he had travelled from his old dreamland, in which Rosamond Vincy appeared to be that perfect piece of womanhood who would reverence her husband’s mind after the fashion of an accomplished mermaid, using her comb and looking-glass and singing her song for the relaxation of his adored wisdom alone.’

One thing I do find slightly obfuscating, is the way tenses swap back and forth without notice. So earlier (chapter 57), we learn that Rosamond has lost her baby:

‘Her baby had been born prematurely, and all the embroidered robes and caps had to be laid by in darkness. ‘

This is then substantiated by: ‘this misfortune was attributed entirely to her having persisted in going out on horseback one day when her husband had desired her not to do so’  and probable cause, in the form of a visit from Captain Lydgate, which led her to ‘particularly to desire horse-exercise’

There is a complete distraction with a dinner party, followed by a genteel argument between them regarding Capt. Lydgate,  the previous quotes re the disillusionment of both of their views of marriage, and I had just forgotten about the horse-riding that led to the miscarriage, when We’re back again on the horse; Rosamond is falling off it, and denying that it had anything to do with the premature loss of their baby.

But no time to wallow in that, cos now Eliot reveals that Lydgate is in SERIOUS debt, and is going to have to send back half of the pretties he let Rosamond buy, to cover the shortfall.

Lydgate and Rosamond in particular strike me as having the most UNTRUSTING relationship.

Not only did they have completely fictitious ideas of each other when they married, but right before Lydgate is going to break the news that they be broke he looks at her, reminded of his first capricious love Laure and thinks “Would she [Rosamond] kill me because I wearied her?” If you are sitting there, wondering if your wife may do away with you, whilst she is serving you tea – you have to ask yourself: is this a healthy, equal, bi-partisan relationship that we having going on here?

I am also stunned that he is reassured that it isn’t the way of ‘all women’ when he reminds himself of DOROTHEA and how non-murdering she seemed towards Casaubon, despite elevated and possibly understandable circumstances. 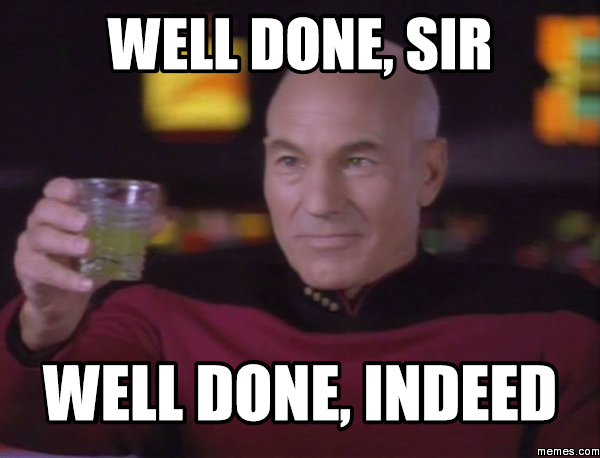 The revealing of Lydgate’s pecuniary difficulties and Rosamond’s reaction (hint: NOT POSITIVE) pretty much signals the death knell over their marriage.

Bulstrode and Raffles have another black-mail-ish episode. They remind me of the two dodgy faux-criminals you see on British soap-operas – there’s always two old geezers plotting the death of carrots or exploding fire-crackers early. There’s not a huge real point to them being there, but they add ‘colour’ and provide welcome relief from the drama-llama between various star-struck lovers.

Anyway, things are revealed, insults are thrown, and Bulstrode, finally has to admit to Ladislaw, that he was originally married to his grandmother, and Sarah Dunkirk, would have been his step-daughter, thus making Ladislaw, a kind of step-grandson ???

It doesn’t sound like a big deal until you realise that Sarah Dunkirk’s mother was going to leave her estate to her daughter, but Bulstrode lied and told her he couldn’t find her.

So he ended up getting everything when she passed. Which means he knowingly stole what would have been Ladislaw’s inheritance.

Which meant Ladislaw wouldn’t have been poor, and needing to depend on Casaubon to pay for his schooling and education. But then probably wouldn’t have met Dorothea either.

It’s like one of the magic eyes – the more you look, the more your brain hurts and then just about when you’re ready to give up, you suddenly see the palm-tree and feel oh-so-smug.

Ladislaw’s response is not exactly what Bulstrode expected, and after he offered him money and an annuity, Ladislaw kind of told him to stick it.

Which leads us round to the final farewell between Dorothea and Ladislaw: firstly the misconstrued points, where each thought the other didn’t care, and then their final farewell??

So. Now onto Book VII – which I am freely admitting will be AT LEAST a month until I get to.

Valancy: absolved of all guilt and feeling the three-glasses-of-wine-inspiration-a-striking…

Header Image:  Stamp Reinterpretation: 13 1/2 Pence George Eliot (The Mill on the Floss), mine 😉

6 thoughts on “Middlemarch Book VI, The Widow & The Wife, (or murderous spouses and scary blackmail…)”