I am just going to be completely honest here and tell you that this should be in NO way considered a thoughtful and impartial critique of a book.

I am bringing out the wallow pig, which has only appeared TWICE before. Also, I am entering Pierson in my (very short) annals of magic unicorn authors

What follows is a blatant, unrefined hyperventilation of nerd-girl love.

It bears an uncanny resemblance to the 9 yr old me discovering Polly Pockets in the toy isle at Kmart, after I had spent my formative years playing with army figurines and GI-Joes (brothers, y’all – brothers…).

To find out there were GIRL versions of choke-able-plastic-potentially-detrimental-to-wildlife-and-myself figurines???

Well. This book? Pretty much the same thing. 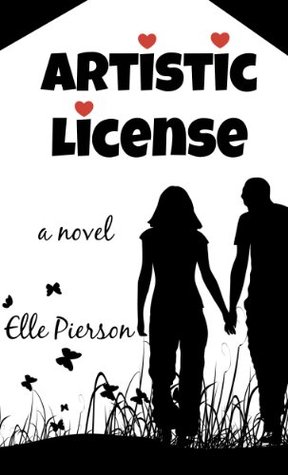 AKA: The most delightful, effervescent, so-dang-cute-I-wanna-hug-it-to-death-and-knit-it-mittens New Zealand-set romance. (And who said nothing good ever came out of New Zealand??? 😉 )

Sophy James is a graduate art student with some social anxiety, asthma and a startlingly bad relationship with gravity.

Mick Hollister is a security consultant at a gallery. A man of few words and reticent demeanour, he is big, burly and apparently unattractive. But Sophy sees his face and immediately wants to sketch it. She is fascinated by his unconventional looks and super-built muscles.

‘Picasso would have loved his face. It was all brutal planes, the long blade of nose, the sharp jut of bone in cheek and jaw, the thin slashes of brows and lips, no angle of which sympathised with another, as if he’d been at the end of the line when features were assembled and forced to scramble together what was left.’

Their meet-cute is adorbs and involves a potential terrorist attack, a woman missing part of her ear, and an asthma episode.

‘She wasn’t sure what it was about the man, but he reduced her from a shy person with manners and a brain, to the walking personification of a blush.’

Mike doesn’t fit the status quo. In a world of skinny jeans and sweater vests, he is just the opposite:

‘The others looked like escapees from a Tom Ford runway; he looked like henchman number two in an action flick.’

But just as Mike is not the norm, neither is Sophy. She doesn’t play well with others. Both are on the extreme of introverts, manifesting in unique ways.

“How are you feeling?” he asked abruptly. He sounded both genuinely concerned and also as if he’d rather be getting a root canal or a colonoscopy than having to talk to her.

‘Good grief. She was stammering and babbling. She never babbled. Usually the worse her nerves, the quieter her voice became, until she ended up speaking at a level that could only be heard by people with elephantine ears and NASA-quality hearing aids. Melissa’s ex-boyfriend Dale had once joked that for the first month he and Sophy had hung out, he’d thought he was gradually going deaf.’

But a moment of candour and Sophy’s art welds them together. That, plus they both think the other is beautiful.

Artistic License COMPLETELY sucked my in.

Sophy and Mike are two of the most deserving and CUTEST of couples.

Sophy is absorbed by her art. She is painfully shy, socially awkward and despite the fact she is funny, clever and smart, has never been able to show that side of her to anyone but her family. Until Mike.

Mike has suffered the fate of always being judged by his appearance. In the same way a society-designated-beautiful person is evaluated and their worth assessed, so too it his. His family is REVOLTINGLY awful. And he has his own backstory that contributes to his wariness around people.

Their relationship is both slow-burn and gorgeously done.

There is a suspense-ish element to the whole story arc – that (to be completely frank) wasn’t the most riveting and could have definitely done with some re-twigging. But do you know what?

‘The last time a woman had made him feel that his tongue was too big for his mouth and his hands were awkward appendages with no proper resting place, he’d still had some of his milk teeth.’

‘She was the most overtly feminine person he had met since his kindergarten days, when small girls usually came bedecked with bows, ruffles and sparkly purses.’

‘She had faintly expected a scene from Law and Order and instead she got a re-enactment of her last appointment to apply for a student loan. Forms, forms, and more forms, all to be filled out under the supervision of three grim officials who appeared to have lost their joy in life somewhere about 1982…’

“I wanted to say things first,” she protested. “I have a very low tolerance for medication. You’ll have about five minutes of lucidity before I start holding a conversation with my toes.”

“Honey,” was all he said, and renewed tears stung her eyes. She was like a leaky tap; they just kept coming. Prior to that week, the last time she’d really cried she had been wearing braces and watching an ice-spangled Leonardo di Caprio bob around in the ocean like a cork while Kate Winslet hogged a perfectly sizable chunk of boat…’

A little Katie Fforde (sans the drama and super-twee-ness) in feel, Artistic License is delicious and funny and perfect for snort-laughing your way through a couple of hours.

I also just read somewhere that Pierson wrote Act Like It as Lucy Parker, (which was oh-so-good)

So…. all I can say is: Dammit Pierson – write FASTER.

Valancy: knitting miniature clothing ensembles for books since 1996. (What?? That’s not weird or anything…)