A super quick mini review to satisfy Wendy the Superlative Librarian’s December’s TBR challenge (I can’t miss out a month — it would throw EVERYTHING out!) pulled from the depths of horror that is the holiday season in Australia. My IRL job is the MOST busy at Christmas, which is super useful because: busy, but also horrific because: well, busy.

So apologies for my absentia…In case you were wondering, below is an almost EXACT replica of my life this last few weeks:

I love the idea of Christmas stories – but very rarely do I engage…mainly because stories of the yuletide variety seem to fall into two categories:

1) Itsy Bitsy Teeny Weeny Novellas that get you all Christmassy and excited and then. Just. End.

2) Super loooong Christmas sagas that bore the pants off you and spend waaay too much time going on and on – so that I end up wondering if the author was being paid by the word.

Neither of which float my bookish boat.

I am willing to name exceptions though, and Anne Perry writes a good one.

So much so, she has her own Christmas Novel Series – an almost annual release that is now at number 14. They don’t feature a recurring character, but rather characters taken from Perry’s other books – which is both useful and efficient. (Two of my favourite things 🙂 )

I randomly picked up the first one (A splash of Christmas luck perchance?) And was very quickly absorbed into this rich and decadent world. 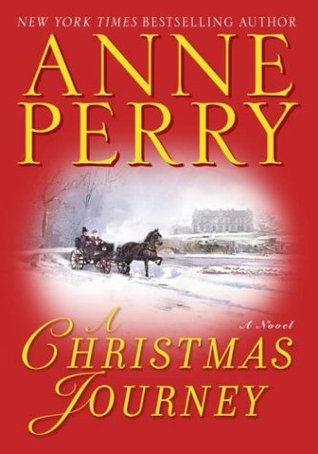 Perry brings to life the elite and jewel-encrusted existence of Britain’s One Per Cent: huge mansions, unlimited income in the (I think, but not entirely sure) Golden Victorian/Edwardian (?) Age.

This particular story features a Lady Vespasia Cumming-Gould (I kept thinking of a shiny silver car that one of Neel’s Rich Dutch Doctors would drive) who apparently has featured in other Perry novels.

It’s Christmas and the Berkshire countryside lies wrapped in winter chill. But the well-born guests who have gathered at Applecross for a delicious weekend of innocent intrigue and passionate romance are warmed by roaring fires and candlelight, holly and mistletoe, good wine and gorgeously wrapped gifts. It’s scarcely the setting for misfortune, and no one–not even that clever young aristocrat and budding sleuth Vespasia Cumming-Gould–anticipates the tragedy that is to darken this light-hearted holiday house party. But soon one young woman lies dead, a suicide, and another is ostracized, held partly responsible for the shocking turn of events.

Now, if judging the story against it’s blurb, you would be definitely disappointed, but I don’t read blurbs so I went in ignoramously and was pleasantly surprised.

The story is less about the death-at-a-christmas-party and more how we all have guilts and sorrows and poor decisions that we would like to atone for. The sleuthing? Not so much, but clemency? Definitely all there.

There is a suicide. And Vespasia’s friend is (wrongly or rightly) blamed for it due a cruel and thoughtless remark made in the heat of the moment. Rather than turn her into the authorities (they are the riche-riches after all), they decide to exact justice in the mode of the ancient civilisations: An admittance of guilt, and then the completion of a quest to atone for said guilt.

If successful, the elite of society agreed to forgive and welcome the guilty party back in to the fold and if they fail, society is then welcome to (metaphorically) tear them limb from limb and exact revenge in the form of banishment from their intricate and somewhat ridiculous echelon. (A punishment that is beheld with terror….)

LOL. Because it’s CHRISTMAS and I can…

Vespasia agrees, for cloudy reasons, to help and go with her friend on the quest.

They leave the estate and make a rather perilous journey to Scotland to explain to the dead girl’s mother the circumstances surrounding the death and the guilty party’s apparent role in the tragedy.

The story is interesting in this round-about way that pulls you in without noticing it. The character who completes suicide, is to begin with rather 2-dimensial: no depth and cloudy origins. It is through the quest that more information about her comes to light. Her history, her motives, her family and they all begin to form this rounded viewpoint. (the further you get from her death; the more interesting she becomes…)

The pilgrimage is suitably awful, bitterly cold and uncomfortable. Although it is in the era of trains, which they take mostly everywhere…so I am still in two minds about the degree of difficulty equalling the supposed level of guilt.

The story is ultimately a tragedy – I think. In the idea that an unnecessary death and a wrongly accused is a tragedy, and although pleasant enough to read, there are two things that kind of stuck in my craw:

1) Vespasia is SO INCREDIBLY BEAUTIFUL, Perry feels the need to announce it every other sentence. YES. I understand, her cheekbones are perfection; she could stop a hansom cab with a flutter of her eyelashes; all less-attractive mortals are required to genuflect whenever they enter her presence. Thank You. I now feel inadequately inferior enough to continue reading. You may proceed.

2) Unfortunately, the accused is also pretty unlikeable. Selfish, grasping and doesn’t even like Vespasia half as much as she likes her…You know that awkward moment when you go ‘Well, I SHALL make this big sacrifice just for you because I KNOW you would do the same for me…’

And the reply is a non-committal grunt?

But it was mostly enjoyable and an intriguing look at the haut monde of an era.

I am certainly interested enough to check out more of Perry’s books. So Ms Anne P: Mission Accomplished.

And now I delve, back into the deluge that is Christmas.

Valancy: Wishing you all wonderful, relaxing and delightful holidays filled with enormous amounts of books. And chocolate…or is that just me…?

13 thoughts on “A Christmas Journey, Anne Perry, (Did you notice that in the 12 days of Christmas no one mentions alcohol at all?? So why are they all still so cheerful…?!)”